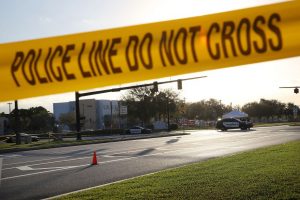 When I look at the reactions to recent school shooting incidents, I am struck by two things. First, lots of people seem to have opinions about what will and won’t work to reduce violence in the nation’s schools. Second, nobody really knows.

I count myself in this: my 0pinion is that we should outlaw assault weapons, strengthen background checks, reduce the age limit for purchases, and so forth.1 But that’s just an opinion; I don’t have data to support it. And, as somebody said once, unless you have data, you’re just another person with an opinion.

I hear legislators jumping on one bandwagon or another: they have their beliefs, but they generally don’t know much about the causes of school violence. That doesn’t surprise me: what does shock me is that they haven’t taken any action to learn more. That would seem to be a no-brainer: We’ve been averaging one school shooting a week; outside of war zones, no other country has this problem.

Congress loves to investigate, so where are the Congressional hearings on school violence? The only document I’ve been able to find is a post-Columbine FBI paper prepared nearly twenty years ago. (You can read and/or download it here.) You would think that nineteen years later, somebody at the federal level would say, “Hey, this doesn’t seem to be right. Why is this happening, and what can we do about it?” But no. They’d rather opine.

So when I contacted my federal legislators, I didn’t ask them to fix the problem; I don’t believe they are capable at present of fixing it. Instead, I asked them to use their authority to find the fix.2 Here’s my letter; feel free to copy it and paste it into your own.

2 thoughts on “Uncertainty No Excuse for Inaction”