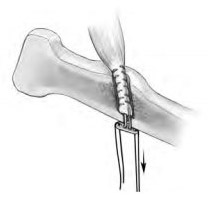 Ever since my November 10 surgery on a biceps tendon, people have asked how I’m doing. I’m gratified that they care, and I’ll put some answers here. I’m trying to approach this whole episode as  a learning experience, and perhaps some will find it interesting.

I tore the tendon playing golf last summer.1 The conservative initial treatment consisted basically of watching to see if it healed, as a strain would. But it didn’t, so eventually an MRI confirmed a “high-grade” tear 2 of my right distal biceps tendon. 3

My pain and movement limitations weren’t too bad at that point, but if the damage weren’t repaired it could easily tear the rest of the way, which is more painful, disabling, and complicated to treat. The repair is interesting, as shown in this unthreatening YouTube video. My surgeon, Dr. Scott Zimmer, has a couple of twists on the procedure shown there, but overall the video offers a pretty accurate look at the surgery he performed.

For the first week, a half-cast immobilized the arm while the incision was covered by a bandage. The main job of the half-cast was to immobilize the arm  and give the incision a chance to heal. The first week was inconvenient not significantly painful. Mostly I was tired, taking a lot of naps. I took some ibuprofen but avoided the available Percocet.

A week after the surgery, a physical therapist replaced the half-cast with a brace, which allows more movement. It’s also removable for cleaning and for the exercises which she prescribed. I’ve been doing those religiously ever since.

The stitches were removed on Wednesday, and I learned that I will be wearing the brace until December 20, although I can take it off when I’m sitting around or doing the prescribed exercises.

I can drive, but long distances wouldn’t be advisable. I can type and write, but poorly and with some pain. I am exercising to regain range of motion. Everything takes longer than it normally would, especially since I’m right-handed.4 And I’m tired: even today, over two weeks since the surgery, I still take a lot of naps.

Until I see him next, the doctor wants me to wear the brace when playing the piano. Practicing with the brace is awkward and irritating. I’ll start regular physical therapy next week, so things could change if I make spectacular progress. 5 Full recovery and normal strength is measured in months, not weeks. I don’t expect my right hand to have normal strength right away, but I tend to be too loud anyway.

So, if you’re one of those wondering how it’s going, now you know.

One thought on “Recovering Nicely, Thank You”