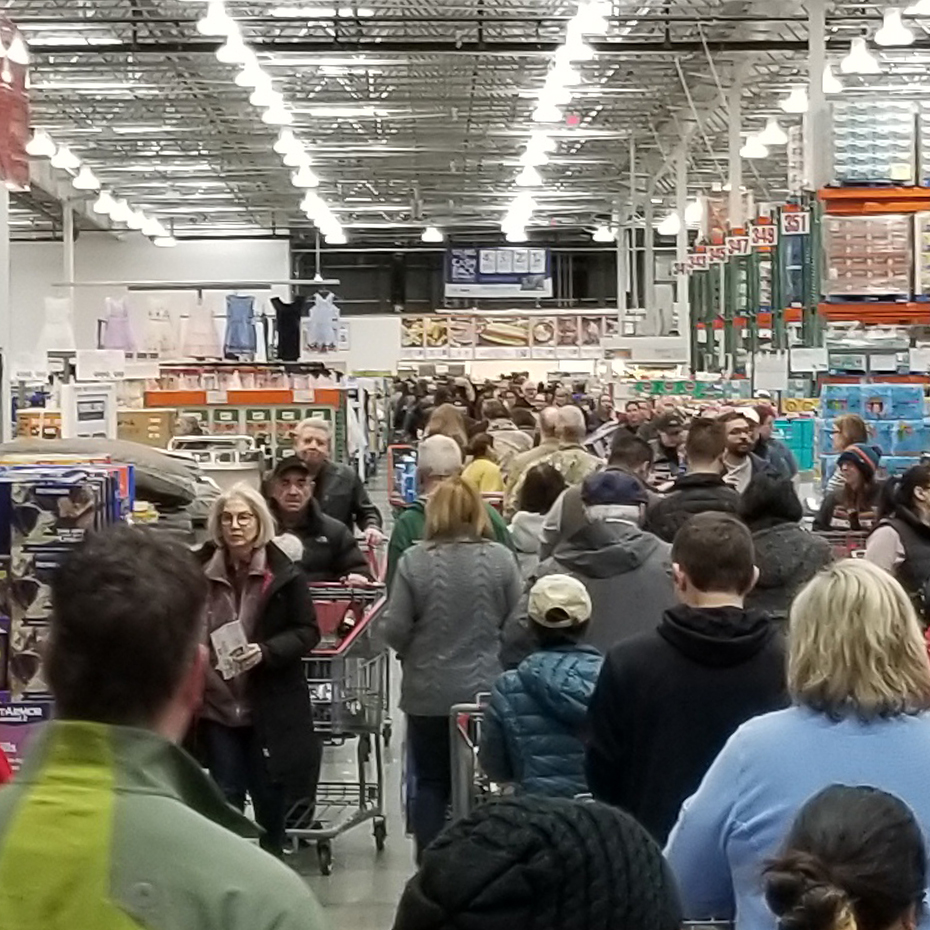 We weren’t exactly unstocked, but we needed a few things, and the car needed gas; and I hate to be told I can’t go anywhere. So yesterday I went out into the reputed throng of frenzied shoppers at Costco. Gas station traffic was light to normal, but the parking lot was ominously starting to fill. About five minutes before scheduled opening, about 200 people had already lined up with carts.

Within a half hour inside, the checkout line extended the length of the store and had doubled back almost to the front of the store again. “Comers” and “goers” could chat as they passed each other.

Clearly toilet paper was the item to have, and most carts had at least one pack; the store had been restocked overnight and had plenty left. I didn’t see any hand sanitizer, on a shelf or in a cart. Many people had stocked up with wine, and carts with beverages were appreciated and commented upon. Someone with a corkscrew or bottle opener could have done very well. The group was energetic and good-natured.

Thanks to some school closings, there were more school-aged children in the mix than normal on a weekday. I heard that there were some line-crashers, but most people seemed to realize that it was going to take a while no matter what, and had determined to relax. People by me were remarkably mellow. Jokes about how we should all shake hands with our new friends were appreciated. Some of the familiar product demonstrators were set up, and people dashed from the line to pick up samples.

The Costco staff were well-deployed, cheerful, and helpful. The line moved faster than I had expected–not quite a stroll, but pretty steady. Every register was open, and my guess is that my whole time in line was about ten minutes.