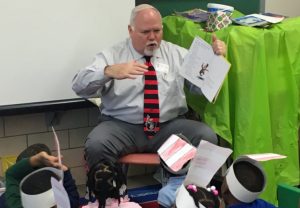 It’s time to talk about what’s at stake in this campaign.

By now, I’ve met all three of my opponents. They are all good people, and our appearances together have offered an opportunity for the public to see a refreshing change from the bitterness and anger that we see in so much campaigning these days.

But it’s neither uncivil nor inappropriate to point out how we differ in our readiness for this office.

One of my opponents entered the race late and with virtually no preparation. The other two make it clear in their presentations that they are concerned primarily with inner-city children and families.

All families need our concern; from the beginning of this campaign, I have stressed the importance of serving all the children of the state. If we can’t find a way to do that, overtesting, privatization, and funding challenges will eventually overwhelm the entire system. Neither Cleveland nor the other 26 school systems in District 11 will succeed if they don’t succeed together.

One thing I’ve learned while observing State School Board meetings for the past year is how the Board is called upon to balance competing interests. I am the only candidate prepared to do that.

Representing our entire district requires learning about the entire district. Like other big urbans, Cleveland works under measures that are advertised to help it succeed but frequently wind up punishing it instead.

While it represents the most important single part of our region, it’s by no means the only part. Leaders of the other 26 school districts of District 11 have needs too, and many are worried that measures aimed at “fixing” Cleveland will soon be extended to the rest of the area, if not the state.

To prevent this, we need a State School Board representative prepared to deal with complex realities and to serve all the communities in the district. No matter which part of District 11 you live in, I’m your best candidate.

Your next State Board of Education member should be prepared to serve. That’s what I offer, and that’s why I ask for your support.

5 thoughts on “What’s at Stake”