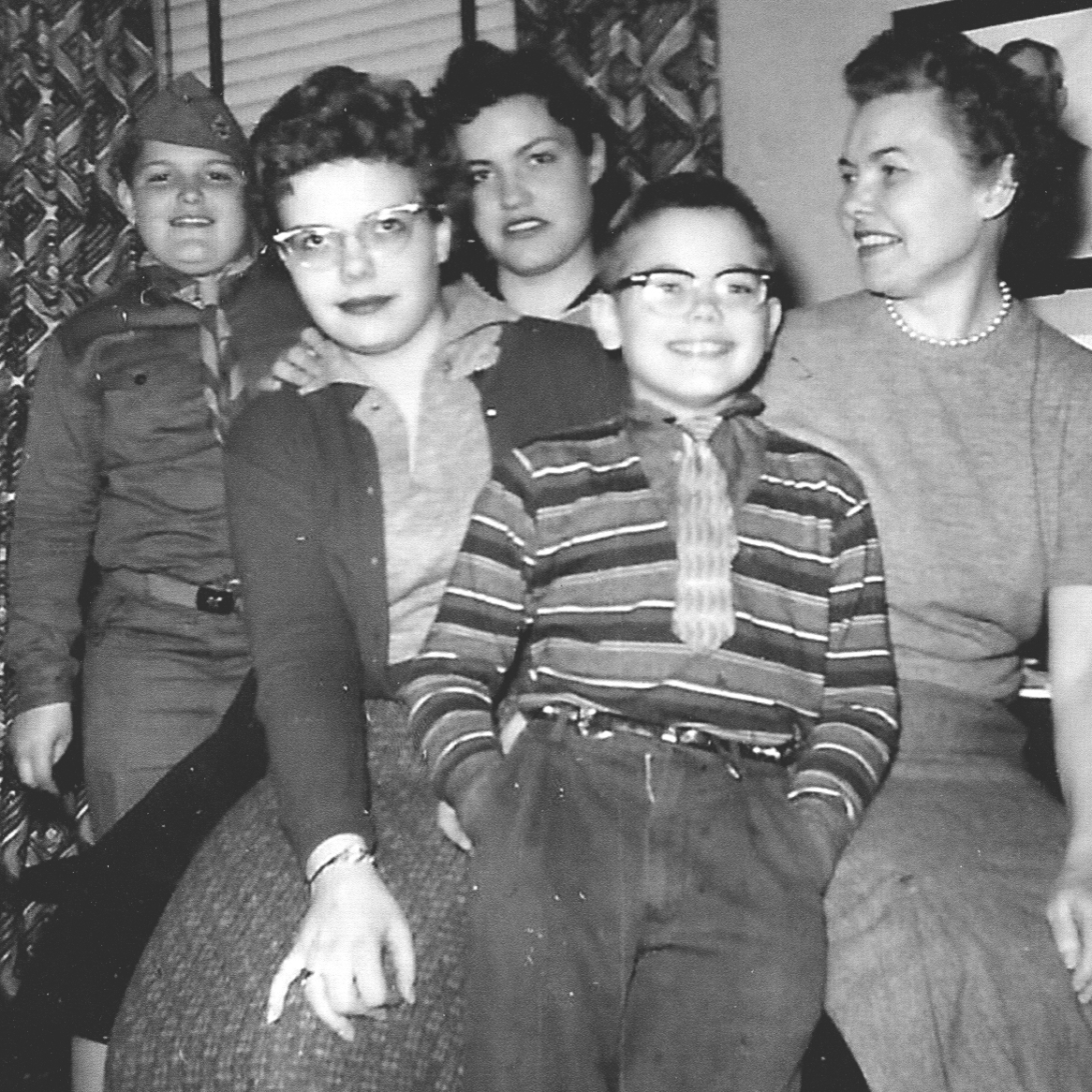 It was Debbie who got the ball rolling.

She called me a few days ago with a question. She had found a cassette that appeared to feature Aunt Reva, the oldest of the Fleming-Acton children. Could I do anything with it?

Well, yes, actually. I have been working to reclaim the basement, and I’ve assembled decades of sound equipment there, including a working cassette deck. And I just bought a digital recorder–mostly to digitize the dozens of tapes and records that I’ve been holding onto for those decades, but also partly to indulge my fantasies of a nightclub act.

So while I waited for the cassette to arrive, I rehearsed hooking up the 30-year-old tape deck to the brand-new digital recorder; and when the tape arrived yesterday, I was ready. The cassette turns out to be an interesting bit of family history.

Reva, Grandma Jane’s oldest sibling, was the original family musician. The way I heard it was that she played the organ in silent-film theaters. Later, after talkies came in, since theaters still had organs, she would have played interludes between films. And I’m guessing she might have taken gigs at skating rinks and churches as well.

We had both a piano and an organ in the house. (Whether as an homage to Reva or as part of the postwar middlebrow enthusiasm for home organs, I’m not sure). The original organ was a Hammond C-2, which as I recall had been bought used. Later, in 1962, Mom got a new B-3–the classic jazz organ–which I played until it was destroyed in our 1995 house fire.

The 10-minute clip posted here is poignant, I think. Evidently it was recorded in 1957. It’s a sort of audio postcard to Aunt Reva, made using a tape recorder provided by a family friend. (This might have been the incident that stimulated my lifetime fascination with sound recording.) Judy plays, I play (cringeworthily), Tom plays, Mom plays, and Mary Jane provides a greeting.1 Those are actually piano pieces that Tom and I are playing on the organ–probably Mom too.

What fun to hear those voices from over 60 years ago! Mom has a stronger Michigan accent than I remember, and the rest of us, well, you’ll hear.

Reva would pass away in August that year, and you can hear the concern in Mom’s words to her sister. They seem much closer than you would think considering the 23-year difference in their ages.

Thanks to Debbie for getting the ball rolling by providing the cassette! Thanks also to Debbie’s stepfather Don, who probably made the copy fifty or more years ago.2

And what of Reva herself? Does the tape include some of her playing? I believe it does. There appear to be at least three more items on the cassette: some organ playing, most likely by Reva; a carillon playing, among other items, “That Old Rugged Cross” and “The Bells of Saint Mary’s,” and some conversation. I’ll see what I can do with those: all of them will require a bit more tinkering to improve the sound, and finished products are not imminent.